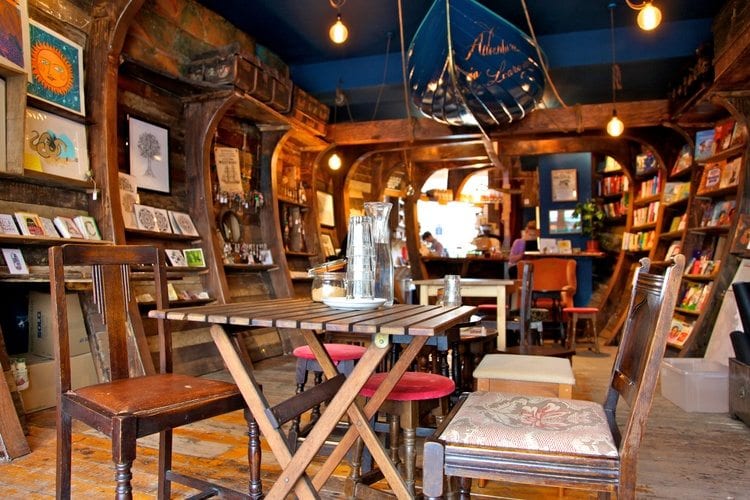 Today, London’s specialty coffee houses are a sanctuary of sophistication: a place to take some time out of your day, to relax, slip on a long black, and let your eyes glaze over. You can go alone and aimlessly flick through a magazine, bury your nose in a good book, or even open your laptop and try to work, with the fascination of people-watching a constant distraction. In the background, you’ll hear a low hum of chatter, maybe some quiet background music, and the sound of beans being freshly ground.

SEE ALSO: Are You A Specialty Coffee Lover Or A Lover Of Cafes?

Yet in the past, London’s coffee houses were thriving, noisy hubs filled with entrepreneurship, entertainment, intellectualism – and some seedier goings-on. And while some aspects have been inherited by today’s coffee houses, many have disappeared.

The coffee house boom first started in the 17th Century, thanks to a Greek servant named Pasqua Rosee. Rosee brought coffee over from Turkey and set up a stall in Cornhill, St. Paul’s, which turned out to be extremely popular. The allure of this exotic Turkish elixir led to the appearance of more and more coffee stalls and, eventually, permanent coffee houses.

Yet to the early modern English, coffee’s appeal wasn’t just in the drink. It was the coffee houses themselves that made it so special. They were a place for men (yes, just men) to gather in search of knowledge and understanding. They were a location for telling tales, doing deals, debating, and sharing news – especially once the development of the printing press led to the first newspapers.

Signs of the times: coffee and newspapers. Credit: Wiki Commons

In fact, coffee houses were so reputable that our beloved brew became labelled an antidote to drunkenness and violence. Even Isaac Newton dissecting a dolphin on a coffee house table couldn’t tarnish their reputation. (Yes, we’re serious about that dolphin.)

However, that all changed in the next century…

Sophistication Slips into Seediness in the 18th Century

You could be mistaken for thinking that coffee houses continued to thrive in the 1700s. Historians estimate that, at this time, there were around 550 of them in London. Many respectable businesses were started inside them, including the auction houses Sotheby’s and Christie’s. In fact, just before the start of the century in 1698, the London Stock Exchange had its roots in Jonathan’s Coffee House in Exchange Alley.

With hundreds of coffee houses, each business had to offer a unique selling proposition. At some, you could have a haircut or a doctor’s examination while sipping your coffee. That’s not so bad, right? If anything, that’s just practical.

Yet at The Hoxton Square Coffeehouse, their USP was inquisitions of insanity. A suspected “madman” would be tied up and wheeled in for questioning by the customers. For just the price of a coffee, you could vote on whether these pitiful prisoners were actually sane – or whether they should be sent to the asylum.

Nor was it just the “entertainment” who were on the fringes of “respectable society”. At only a penny to enter and with free refills, London citizens from any social class could visit a coffee house – meaning that many were also haunts for criminals and prostitutes.

Losing Out to Tea

In this period, no “respectable” woman being able to enter a coffee house. Perhaps London’s women didn’t mind too much, though, considering that eighteenth-century coffee was notoriously bad. It was a thick, gritty beverage commonly referred to as “mud”, “damp”, and even “excrement”. Yes, your read that right. Excrement.

Making matters even more difficult for coffee, by 1750 tea was Britain’s favourite drink. Thanks to the East India Company’s direct trade routes, tea was an easily accessible drink – and one that women could consume as well.

London coffee houses: a blend of the modern, the traditional,… and the gimmick? Credit: Hackney Pirates

Just like in the eighteenth century, they must do everything they can to stand out from the crowd, putting their own unique stamp on the coffee-drinking experience. Take the above: just another edgy East London coffee house with the inside carved to mimic the hull of a pirate ship. You may roll your eyes and mutter “hipster”, but there’s a question to be asked: is this the kind of gimmick, the unique quirkiness, that is not just what’s needed to lure us in but that is also a quintessential aspect of London coffee houses?

Jess is a contributor based in the UK