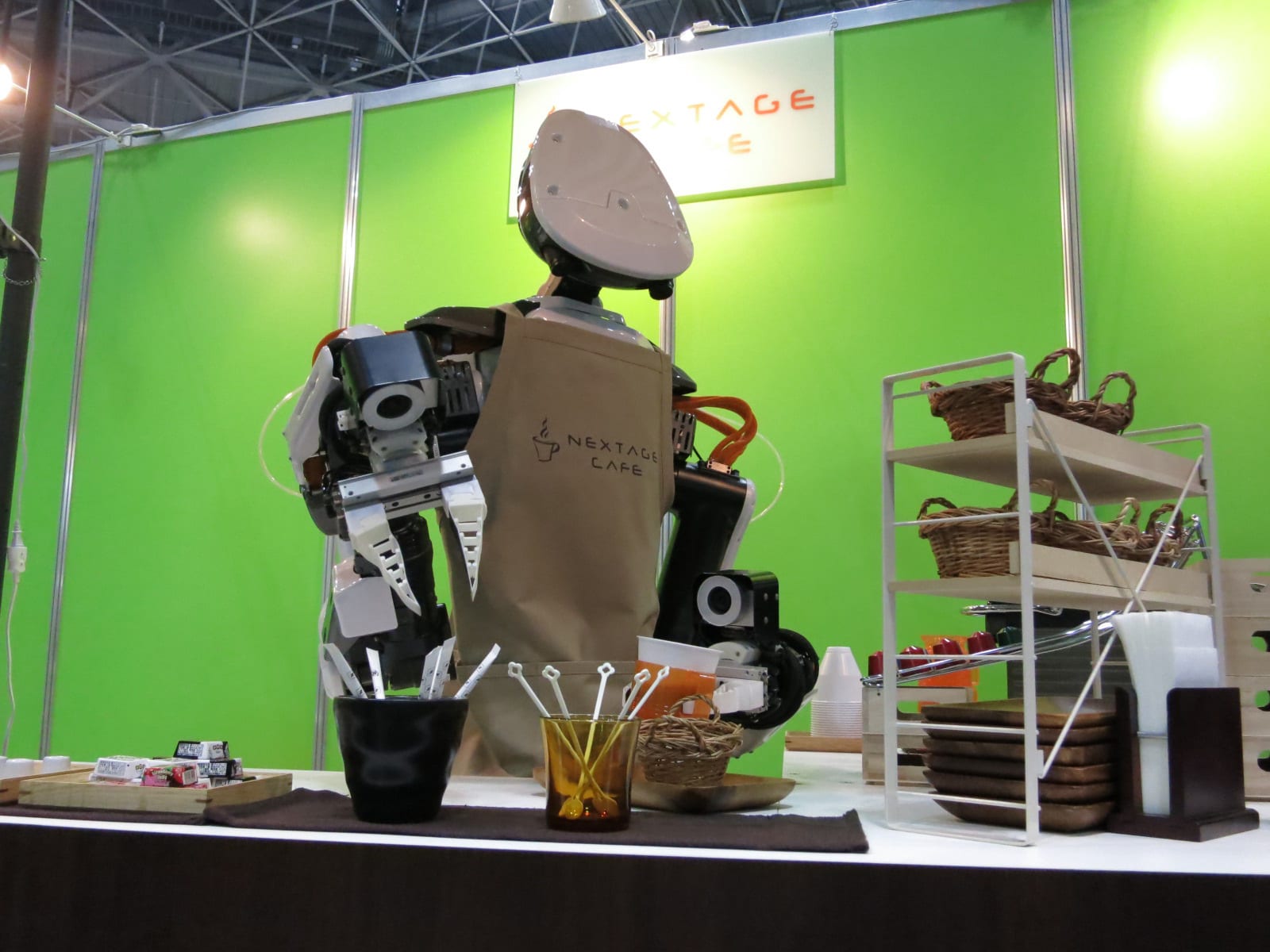 Are robots taking over the world?

Not just yet – but these mechanical creatures are dominating some fields. Take the automative industry; nobody buys a handmade car.

Yet although the world is becoming ever more robotic, there remain some big questions about them. For a start, could they really replace humans? Their enhanced efficiency, precision, and automation are undeniable… but does the human touch count for nothing?

SEE ALSO: How Can your Smartphone Improve your Coffee Experience?

And, as robots start to infiltrate our daily lives, should baristas across the globe be worried? After all, making a coffee is simpler than building a car…

It all boils down (pun intended) to what makes that cup of coffee so special. But is that something art or science?

Like many, I believe there’s no substitute for a handcrafted coffee masterpiece. The unique combination of globally sourced beans and unpredictable brewing methods, topped with distinctive coffee art, is sublime. And the baristas who sculpt their coffee with such love will always attract coffee lovers keen to sample their handiwork.

Could a machine produce this? Credit: Wikipedia

Yet even the best baristas will acknowledge the science behind their artistry. From the freezing of coffee to the ratios of strength and extraction, every step of the way can be hypothesised, tested, and documented. In fact, the University of Bath recently teamed up with a UK Barista Champion and found that magnesium-rich water is better at extracting coffee compounds.

Some believe there is a secret recipe for a flawless coffee residing in the heads of the world’s greatest baristas. But if a robot knows all the science, can they replicate it?

Humans and Machines: Is Coexistence Possible?

While machines may, in the future, be able to replace baristas, they’re not quite there yet. The key word being “quite”.

In fact, they can do half the job for you. Enter Poursteady 1.0 (it even sounds like a robot).

When everything’s heating up and your to-do list is a mile long, anything to take some of the workload is a godsend. And Poursteady 1.0 is willing to do just that. This automated pour over device will enable you to make five times as many coffees in the same time. Yes, five. By taking control of the lengthy, fiddly water pouring process for five coffees at once, it allows you to both save time and focus on perfecting your grinding and dosing.

“Brewing coffee is all about timing and water temperature. So we’re controlling those variables with a robot”

Poursteady 1.0: Is this machine the future of coffee? Credit: Poursteady

This game-changing company is tipped to lead the way in influencing baristas in robotics. That shouldn’t come as a surprise, since the co-founders freelanced at NASA before turning their engineering talents to the coffee industry. They’ve merged precise motion control, reliable system design and creative coffee engineering to make an eloquent and effective piece of machinery.

Humans vs Robots: Can They Replace Us?

The team at Poursteady have made it clear that  they are merely assisting baristas with the (arguably) menial task of water pouring. But what if they were to develop their product further? What does the future of robotics look like in 10 years time for the coffee industry? Can more tasks be automated?

Some people have already been toying with the idea of a fully automated barista. Specialist robotic researchers at Cornell University have developed a robot that will make a complete cup of coffee, aptly names ‘Robobarista’. They claim that Robobarista can even learn how to operate machines intuitively and can be taught online via Amazon’s Mechanical Turk platform. Pretty advanced stuff, huh?

Other attempts, from the likes of Kawada Industries Inc., suggest that it may not be uncommon to find a humanoid barista behind a counter in a couple of years. Not needing sleep, training, or a pension, it could be hard for café owners to say no.

Robobarista in action. It has now learnt how to make a latte. Credit: Robobarista via digitaltrends.com

For the average consumer, however, these humanoid robot baristas seem light years away. For now, a more realistic scenario is being ‘served’ coffee by complicated machines with robotic components behind a vending machine type façade. Think of the 4000+ Costa express machines worldwide.

And for the specialty coffee drinkers, a similar machine that takes it just one step further is Briggo. Send your exact order to a Briggo kiosk via their smartphones app and pick it up when it’s ready. Aiming to ‘equal anything that comes out of a high-end coffee shop’ is a tall order but the machine has been ‘trained’ by award-winning barista Patrick Pierce. Measuring brewing temperature, ensuring consistent water pressure, and monitoring milk-steaming performance, it is the epitome of an all-in-one robotic coffee house.

Yet regardless of whether not robot baristas can replace us, they only will if customers want them. And the truth is that, right now, customers don’t like them. Their ‘creepy’ faces and mechanical movements mean they just don’t seem to suit a local coffee shop. What’s a café without a friendly smile?

Not to mention that robot-made coffee just isn’t that good. Costa’s express machines’ slogan is “I can’t believe there isn’t a barista inside”. The message? Humans really are better than machines. And this reflects the poor quality of machine-made drinks.

Do you want this to be a familiar sight each morning? Credit: Japan Times

On the other hand, the robotics that assist skilled baristas definitely have a place on the coffee counter. Poursteady is taking the coffee market by storm, meeting the demand for quickly brewed cups of pour over coffee. Whether they look to push the boundaries and automate further tasks remains to be seen (version 2.0 is rumoured to already be in production).

But for now, the skillful art of making a fantastic coffee is firmly in the hands of humans. Putting those finishing touches on each cup and greeting happy customers with a smile is now more important than ever. Give your coffee some personality to keep the robots at bay.

Tom is a contributor based in the UK