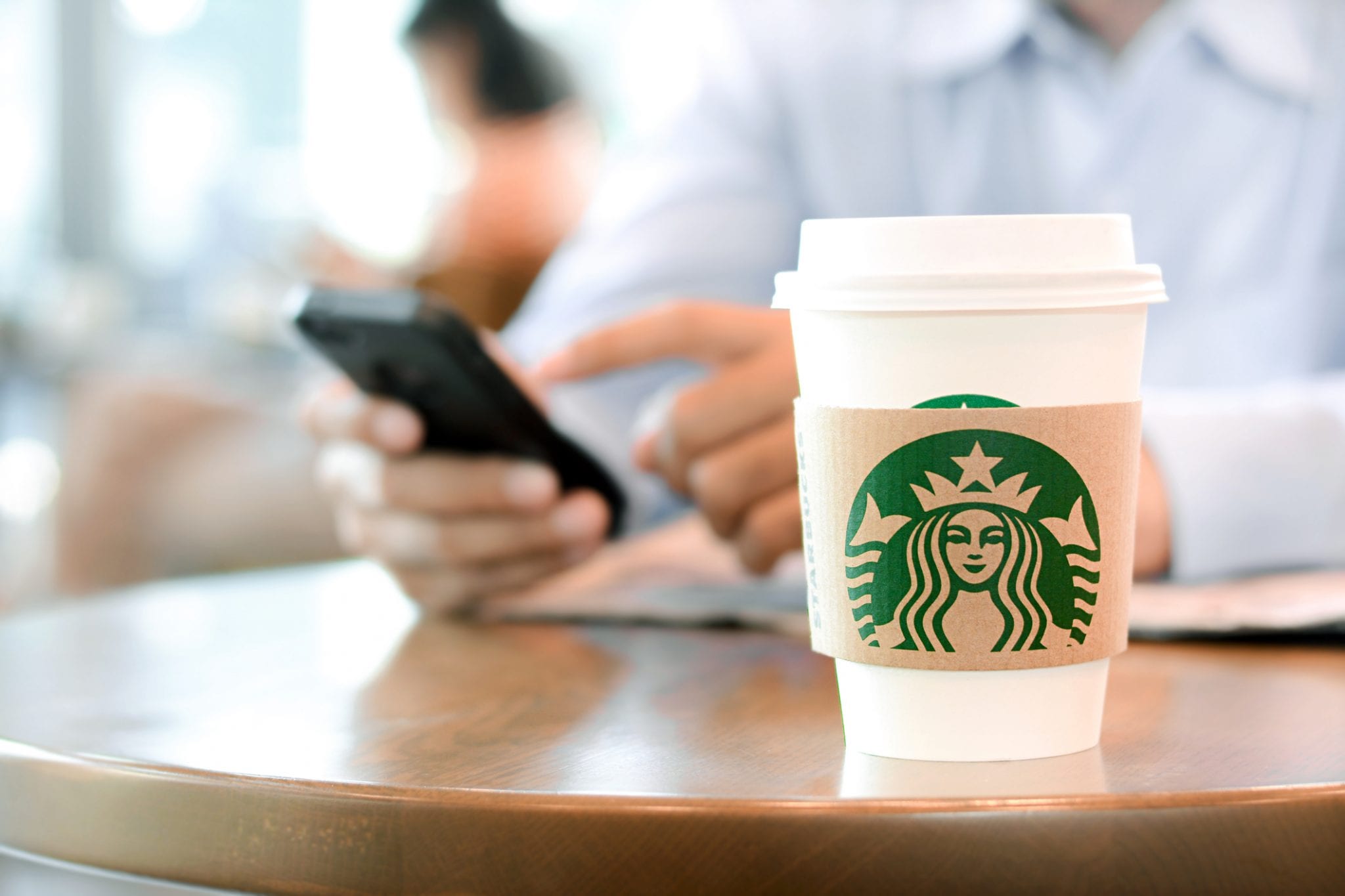 When you think about a hot cup of something from Sri Lanka, its famous Ceylon tea is probably what comes to mind. Well, let us surprise you…

Did you know that, today, coffee rivals tea as one of the country’s biggest exports? And that Sri Lanka sits amongst the world’s leading producers of fine coffee?

And in many places, modern specialty coffee culture is causing quite a stir.

SEE ALSO: The Rise and Fall and Potential Rise of Brazilian Specialty Coffee

So what’s the story with Sri Lanka’s coffee fever? Could Sri Lankan coffee really surpass the country’s  first love and main export, tea? Read on to find out more.

The Rise of Coffee in Sri Lanka: A (Very) Brief History

Coffee is nothing new to this country; in fact, it’s been producing for over two centuries. (Did you know that the first plantation was established back in 1824 by a Welshman?)

It was George Samuel Bird, a former British Army officer, who established the island’s first coffee plantation in 1824 while it was still British Ceylon.

Then in 1882, the coffee industry in Sri Lanka was almost completely wiped out by a blight.

Fortunately, the country recovered: its now thriving industry boasts a multitude of unique blends and, with a huge growth in consumption, more and more Sri Lankans have come to depend on the coffee industry – not just for a fix, but for a living. In fact, it’s become the livelihood of millions.

And today, happily, the working conditions for the Sri Lankan coffee workforce are vastly improved. Producing farms increasingly populate the country, which continues to contribute to economic growth and the wellbeing of coffee industry workers.

Nor is it just the workers who benefit; the consumers, also, see a great improvement. In fact, in places such as Nuwara Eliya, Badulla and Welimada, coffee isn’t just produced on a commercial scale. Rather, smaller lot farms are run by dedicated teams striving to produce the finest coffees for the true flavour hunter. 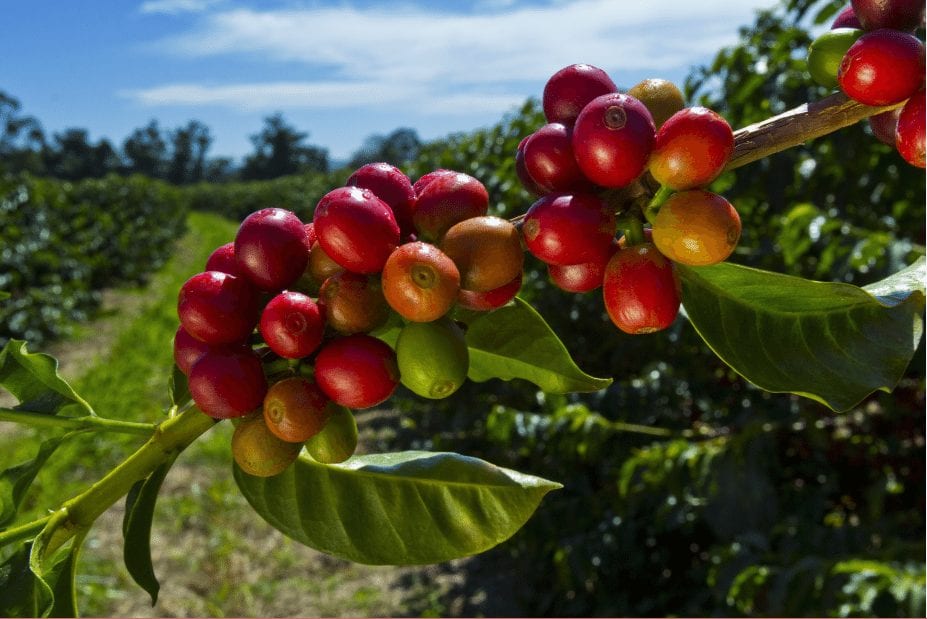 Sri Lankan Coffee Culture Today: What to Drink and Where to Get It

Although tea might still hold a top spot as the nation’s favourite hot beverage, coffee is rapidly approaching its level of popularity. In Colombo, on the island’s west coast, coffee shops buzzing with hordes of caffeine hunters are now a constant sight.

And not even Sri Lanka, it seems, has escaped the reach of global giant Starbucks, their café in Colombo serving “coffee lover’s with distinction”. 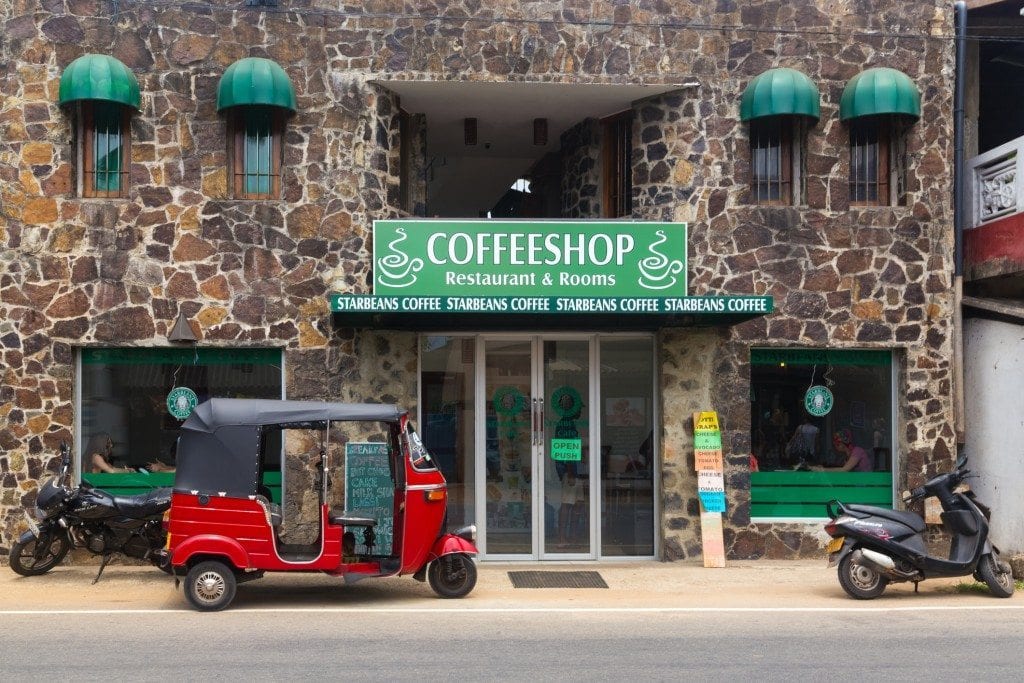 A coffee shop on the street of Hikkaduwa in Sri Lanka. Credit: © Paulprescott

Yet one of the main reasons for coffee’s surging popularity is the rise of Third Wave speciality coffee culture. Colombo is also home to Sri Lanka’s first speciality coffee shop, the ever-popular Hansa Ceylon Coffee. Founded by a Dutchman and taken over by an American expat and his Australian partner, the café serves Sri Lankan produced Arabica and Robusta varieties.

And as coffee culture booms and more cafés pop up to meet demand, espresso-based drinks are quickly becoming the favourites of the country’s younger generation.

The Future of Coffee in Sri Lanka

As the demand for quality coffee grows in Sri Lanka, no doubt so will the number of locations offering a finer cup. Thanks to the dedication of Sri Lankan producers, as well as the insatiability of both local and international consumers, Sri Lankan coffee is set to strengthen in both popularity and quality.

In addition to Colombo, Kandy, Galle and Mirissa, more and more locations throughout the country are expected to open cafes in order to quench the thirst of the caffeinated community.

Sri Lanka is most definitely one to watch on the world’s coffee map. And it’s looking likely – dare we say it? – that Sri Lanka’s love for coffee may even surpass that of its reigning champion tea.  Only time will tell…

Have we missed anywhere? Do you have a well-kept Sri Lankan coffee secret? Let us know in the comments, on facebook, and on instagram.

E. White is a remote contributor