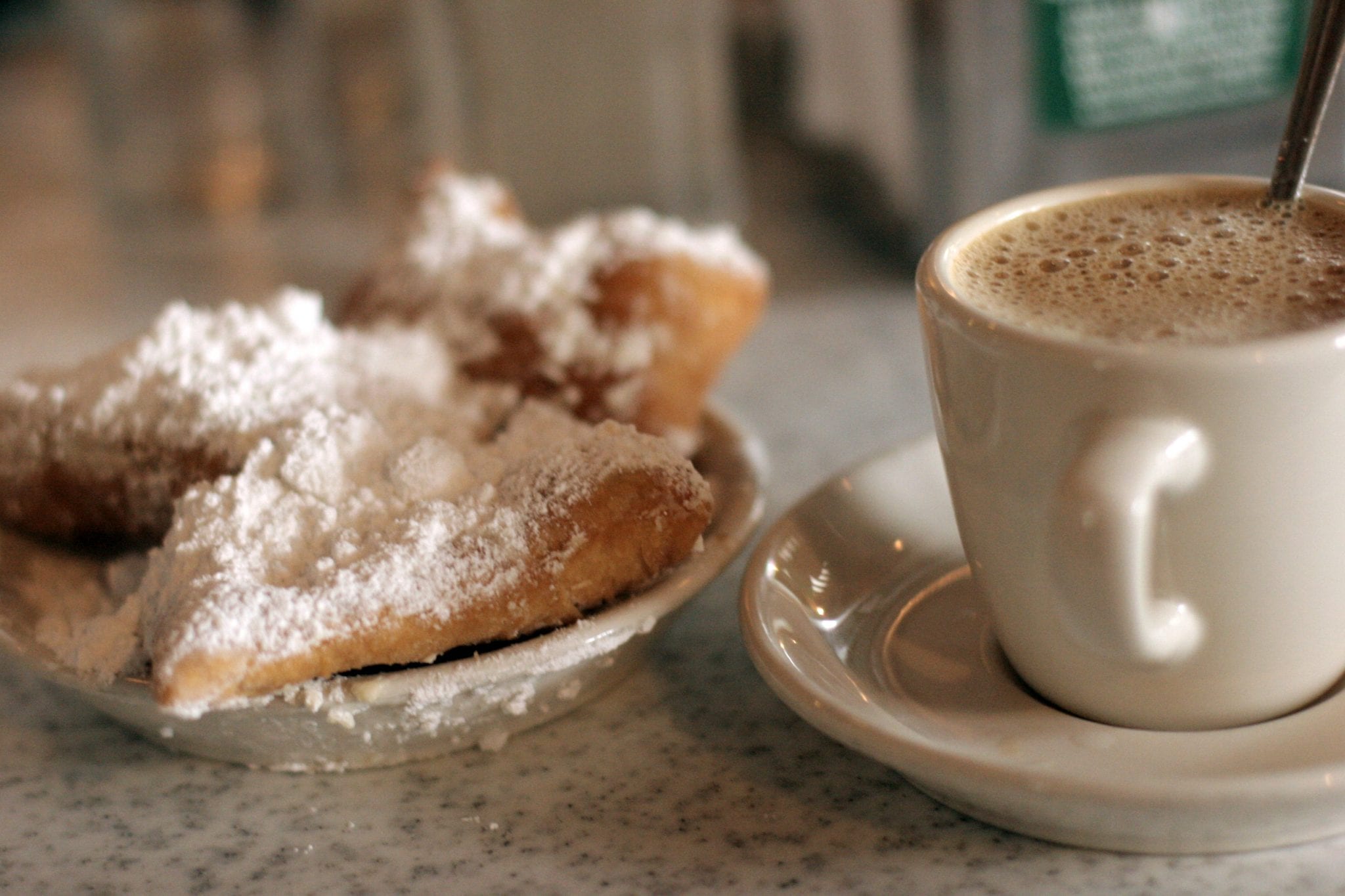 If there’s anything that’ll have an effect on how your coffee tastes, other than the drink itself, it’s the food you eat it with. It can be the perfect accompaniment, highlighting or contrasting the notes of the coffee, developing the aroma, and even adding a textural or temperature-based nuance.

So it’s no wonder that, in many parts of the world, coffee is associated with a particular food. Coffee and cake. Coffee and croissant. Coffee and… popcorn. Yes, popcorn! As it turns out, there are a lot of different theories on the perfect companion for your coffee.

So read on to hear about my exploration of the food-and-coffee world in a hunt for the best combination possible.

My holy grail of coffee and cake.

In Ethiopia, the probable birthplace of coffee, coffee ceremonies drew family and friends together. On special occasions, this ceremony could happen up to three times a day. And even now, when guests visit, people might take part in this historic tradition.

So what does an Ethiopian coffee ceremony involve?

First: the coffee. Fresh Arabica beans are gently roasted to bring out their smooth, rich flavour before being hand ground, brewed, and filtered. A minimum of three cups per guest are typically served, each weaker than the one before. Some put sugar in their coffee—but some prefer salt.

And then there’s the food, without which this coffee ceremony just wouldn’t be the same. Typically, people munch on light snacks such as peanuts, salty popcorn, or roast barley. Sweet and salty is a well-known and winning combination in the food industry. In fact, taste experts suggest that having similar or complementary flavours together helps to emphasise each flavour. Whether it’s sweet, sugary coffee with peanuts or salted coffee with popcorn, it makes for a strong, rich flavour combination.

See also: Why Being a Better Chef Will Make You a Better Barista

In the 16th century, coffee reached the Middle East and the coffee house culture emerged. Intellectuals, creatives, and socialites alike frequented these places where they consumed thick, rich, but also bitter coffee—with something sweet on the side. The Middle East was known for its honey-based treats and sticky, sweet dried fruit, ideal for cutting through a bitter coffee flavour. But if sweet food wasn’t to your taste, you could use also spices to flavour the coffee. Cinnamon and cardamom were common additions.

A century later, and coffee had started to make its way across Europe—but Europeans weren’t convinced by the taste. It wasn’t until the French added milk to create a café au lait that coffee started to become popular.

The French adopted the café au lait as their breakfast drink, finding a large cup or bowl of it to be ideal for dipping their fresh-from-the-oven croissant in. Warm and buttery, the pastry would capture some of the coffee taste: a perfect combination.

The Italians had a similar tradition—in the morning. A cappuccino served with light, buttery pastries was (and still is) popular. Yet in the afternoon, when that caffeine boost was needed, the now-popular espresso took over. This strong, short coffee is considered too overpowering for a light buttery pastry. It’s a case of goodbye milk, hello dark chocolate: typically, an espresso is served with a small piece of dark chocolate or a chocolate-coated nut.

Many European countries still went to coffee houses for their favourite brew and a sweet snack, though. In the Netherlands, the Dutch stroopwafel was a common choice. It should be placed on top of the coffee cup in order to soften and take on the coffee aroma. It’s said that you can recognise a good-quality stroopwafel, because when you do this it’ll droop or curl slightly at the edges.

Sweden take the concept of having coffee with food one step further with their own word: fika. Although there’s no direct translation of fika, it’s normally translated as “to coffee break”. It’s not just any old coffee break, though. It’s a coffee break with some kind of sweet food, be it a pastry, chocolate, or—most famously—a kanelbule (cinnamon bun).

There’s far more to the coffee world than just Europe and the Middle East: Brazil produces nearly a third of the world’s coffee, Japan is the third largest importer of coffee, Australia created the flat white, and America is famous for offering free refills all day long with meals.

Yet the coffee house culture that emerged in the Middle East and matured in Europe has, thanks to globalisation, spread rapidly across the world. It can be seen in almost every culture. The cool thing about this is that everywhere has a different idea of the perfect food to serve with a coffee—and it’s normally a local dish that gets offered up. Beignets and a café au lait in New Orleans? Don’t mind if I do!

With coffee houses’ global ubiquity, there are endless food-and-coffee combinations. Every country will have a different traditional offering that will help you to experience your drink in a new way. Whether a light pastry highlights your coffee’s body, a salty snack contrasts with the fruity sweetness, or a aroma of cinnamon and coffee blends into one luscious smell, you’re sure to appreciate coffee even more when you have it with food.

So what’re you waiting for? Next time you go to a coffee house, experiment a little—maybe even order something salty. And let us know if you find your winning combination.

Jess is a contributor based in the UK