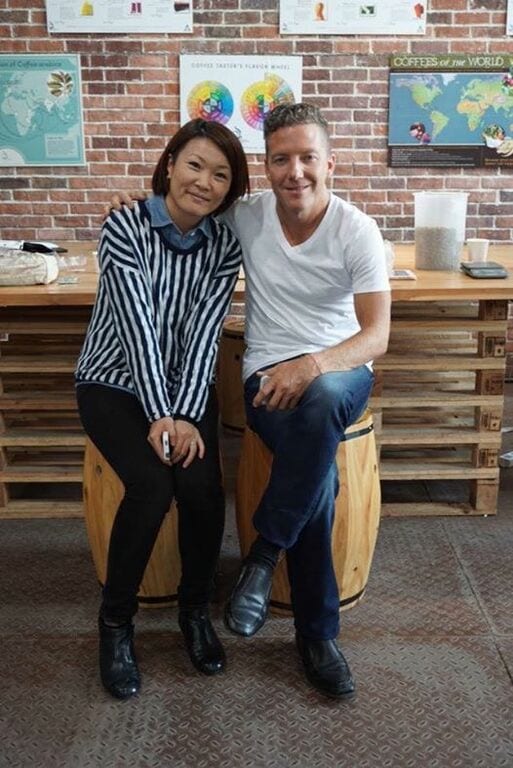 Did you know that the World Barista Championship has never been won by a woman? Or that in the 2015 Championship, less than 25% of the contestants were women? Yet times, we hope, are changing. Hanna hasn’t experienced any difficulties because of her gender as a barista (other than the physical demands it’s put on her at times); her success is a marker of what we celebrate as a more progressive coffee world.

Yet this isn’t the only reason Hanna’s success is remarkable. She didn’t begin working in coffee until she moved from Japan to New Zealand. Entering the coffee world more than just a career change; it was a change to almost every part of her life.

Hanna doesn’t just serve up an excellent coffee – she also serves as an inspiration to any of us dreaming of becoming a barista.

It was the finals of the New Zealand Barista Championship 2014. I sat in the audience, eyes fixed on the stage where Hanna Teramoto was carrying out her routine. She exuded confidence and precision; the conclusion of her speech left no doubt that she was taking home that trophy – and that is exactly what she did. At the age of 38, she went home as the first female New Zealand Barista Champion since Emma Markland-Webster, thirteen years before.

The week after Hanna took home the title, I was able to meet her in person. I found her back at work in Auckland, serving her competition-level coffee. She was happily pulling shots and chatting away with regular customers, many of whom had come in especially to congratulate her.

Nervous and a little star-struck, I took a deep breath, hoped I wouldn’t sound too awkward, and then went up to introduce myself. My worries were ungrounded; she was, to my delight, cheerful, open, and welcoming. She introduced me to yirgacheffe in all its glory. And a year and a half later, we were sitting down for an interview over lunch, talking about coffee, life, and “girly” topics.

Hanna began working with coffee in New Zealand, but her love for it began in her native country of Japan – and with her relationship with her husband. As a young couple, they went café-hopping on dates. So when they moved to Christchurch, New Zealand in 2007, they did so with the dream of one day opening a café themselves. Naturally, working as a barista was the first step.

Yet it was not an easy step. At the age of 31, Hanna was a newly established immigrant in a foreign land and without any knowledge or experience in the coffee world. Her dream was a clean break from her previous career in Japan’s IT industry. The question was not so much “What should she do?”, but “Where does she even begin?”

Her first brave step was to take lessons at home on a simple domestic espresso machine – and then off she went looking for a job. There were many difficult moments; at one point, she was unemployed for five months. Over the years, there were times when she thought about giving up, but she pushed through. Looking back, she says her goals have evolved but they have always been “about coffee”.

Pouring a cappuccino during her competition routine 2014. Credit: Michael Park

From Coffee Novice to Coffee Celebrity

While Hanna experienced difficulties at the beginning of her coffee career, she’s now a coffee celebrity. Her competitive experience began with an in-house barista competition held at a coffee roaster in Christchurch, and over the years she has competed 5 times at a national level until she was eventually crowned winner in 2014. Along with being a previously crowned New Zealand National Barista Champion, she is  the Coffee Specialist at Mojo Coffee New Zealand.

She’s also a team member of the Ninety Plus Coffee Maker Series programme, in which she’s the face of the Hachira profile. This opportunity arose after she used Ethiopia Hachira N2 beans in her routine at the 2014 World Barista Championship, causing Joseph Brodsky, founder of Ninety Plus, to approach her. To her, this is an “honoured opportunity to face one particular coffee and nothing else, taking it to the level of Zen.” Even as a champion herself, she still values the eye-opening travel opportunities with the Ninety Plus team as a chance to learn more. It’s perhaps that insatiable desire to continue learning that is responsible for her meteoric rise in the industry.

I asked Hanna what she’s learned from her journey to coffee champion, and she shared with me some of her thoughts on her experiences – starting with what you need to become a champion yourself.

To become the best, passion alone is not enough. You have to allow coffee to consume you. As well as technique and knowledge, “humility” is essential. “Knowing there’s more room for getting better is the start of getting better,” she said.

There are difficulties in becoming a barista, but drive will push you through them. This work is much more than just making coffee: customer service and stock management are part of the job too, and it can be tough. Not until recent years has the title “barista” been considered a “real job”, and in many countries, it is still not seen as a devoted profession. Many start working on a part-time basis while studying at university, or simply to feed a passion for coffee, but that passion can fall by the wayside due to the hard labour required. Hanna powered through these difficulties by having clear goals and the determination to achieve them.

This discipline underlines many of Hanna’s philosophies. For her, barista championship competitors are just like athletes, with the most enjoyable aspect of competing simply being “becoming better”. She elaborated to explain that, “preparing for competitions pushes you to go forward. It will push you out of your comfort zone so you will mentally become stronger. No matter how tired you are, there’s no room for slacking. It will push you to think, to overcome your issues so technically you become better.” It’s this concept that has kept Hanna humble and focused, taking one step at a time.

Every time I interview someone, I ask them what “specialty coffee” and “third wave” mean to me. Hanna’s answers did not disappoint.

For Hanna, the challenge hasn’t ended. She’ll be showcasing her precision and passion on stage once again as she competes in the 2016 New Zealand Barista Championship, which will be held in February of next year in Wellington, New Zealand. Who knows – if she wins, maybe she’ll go on to become the first ever female World Barista Champion. 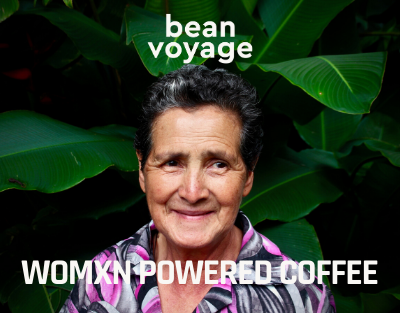