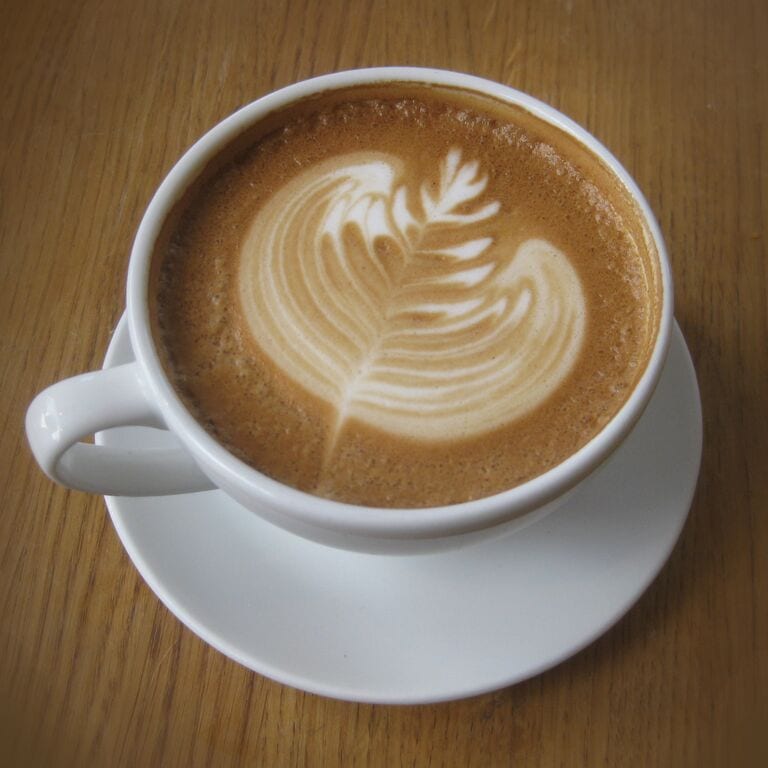 It might be a controversial claim, but if you ask me, no one gets more excited about an invitation to drink coffee than a Swede. Despite being banned on multiple occasions (yes, you read that right), coffee has become an integral part of Swedish culture. Nordic countries are among the world’s biggest consumers of coffee, so this shouldn’t be a surprise—yet there’s something different about coffee consumption in Sweden. Coffee here is more than just coffee. It’s a ritual: an action that can only be described as fika.

(n) coffee
(v) to have a coffee-break

Coffee first appeared in Sweden in 1685, and was easily available in pharmacies within 3 years. It grew in popularity in the 1700s after King Karl XII, after experiencing it in Turkey, developed a taste for it.

Yet despite the smooth start, coffee—already seen as unsuitable for women—soon acquired a seedy reputation. Kaffehus (coffeehouses) were typically found in shipping ports and patronised by sailors and other people considered unsavoury—a damning indictment in the eighteenth century.

The movement against coffee reached its zenith in the reign of King Gustav III (1746-92), who believed it was dangerous. During his first year of rule, he issued a royal order against coffee and tea, imposing heavy taxes on the consumption of them. Failure to pay the tax attracted fines and the confiscation of cups and crockery. Later he banned tea and coffee consumption altogether.

So why did Gustav III do this? Did he really believe coffee was that dangerous? Well, he was so determined to prove its “ill effects” on health that he ordered an ethically dodgy experiment (later described as Sweden’s first clinical trial) on a set of identical twins. Convicted criminals, the twins had their death sentences reduced to life imprisonment in exchange for their participation in the experiment. One was required to drink three pots of coffee a day, the other three cups of tea, until their deaths. Two doctors supervised and recorded the results. Unfortunately for Gustav III, the tea-drinking twin died first at the ripe old age of 83, after both the doctors and the King had already died.

While the study didn’t prove Gustav III correct, we’re not sure that he really cared about the medical effects of coffee so much as about royal security. One theory is that his anti-coffee movement was born of a fear of social gatherings, gossiping, and plots against the monarchy arising from anti-Royal sentiment. Coffee may have been dangerous—but to the crown, rather than to the public’s health. (Incidentally, the King was later assassinated, but by members of the nobility rather than the public. You might even feel sorry for him, had he not tried to ban coffee.)

Coffee’s popularity skyrocketed in the early 1800s, particularly among the wealthy, while the government continued attempting to ban it. Like any luxury item, banning it made it only more alluring. People consumed it in secret, often meeting in forests to do so. Then in the 1820s, the government gave up on banning it and Swedes were finally able to embrace drinking coffee in public.

The next major development in the history of coffee in Sweden came at the beginning of the 20th Century, when fika emerged. The word fika is an rearrangement of the syllables of kaffe (coffee); while there was no longer a need to drink coffee in secret, this code word proved popular and long-lasting. The kaffehus became a konditori, the combined business of coffeehouse and patisserie, or even a bageri (bakery), and the fika tradition of having pastries and sweet bread with coffee was born. On Sundays, people would put on their best clothes to fika at the local konditori.

The elegant interior of a konditori from 1929. Credit: Länsmuseet Gävleborg, Flickr.

How to Fika: It’s All About The Cakes

The emergence of fika meant Swedish coffee culture was centred, not around the coffee, but around the idea of a break—and not just any break: a fulfilling, indulging break. A kaffe break might mean an injection of caffeine, but to fika meant to sit somewhere known as a fik (yeah, you guessed it, it means a place where you fika), drink coffee, and eat sweet food. It’s no wonder that “Ska vi fika?” (Shall we drink coffee?) is always met with such an enthusiastic response in Sweden.

So what snacks should you have when you fika? Well, the most popular and traditional kind is kanelbulle (cinnamon bun). Early trends also favoured sweet breads, also known as fikabröd (fika bread), kaffebröd (coffee bread), and vetebröd (wheat bread), and even today, many of the centuries-old original recipes for these breads are used for fika snacks. Other popular sweet treats are wienerbröd (Danish pastry), mjukkaka (soft cake: a round, sweet flatbread made with rye flour and syrup or treacle), tårta (cake), and kakor (biscuits).

Traditionally, fika was not a casual event. Kafferep, or coffee party protocol, suggested that seven types of snacks should be served (and all home baked, if fika was done at home). Matching sets of porcelain cups and crockery were typically used, while the guidebook Sju sorters kakor explained kafferep in detail.

Kafferep has become more relaxed, however. Sju sorters kakor remains a best-seller, but the focus is now on the over 300 traditional recipes it contains. Snacks can include open sandwiches, Swedish crispbread, and even fruit, while even the coffee can be exchanged for other drinks.

A modern twist on the Swedish cinnamon bun, these cakes are filled with Nutella. Simply add a cup of coffee and you’re ready to fika. Credit: Ann-Sofie Eklund, Instagram.

Saffron buns (Swedish lussebullar or lussekatter) are eaten with fika during the celebration of St Lucia to mark the winter solstice. Credit: Andreas Ivarsson, Flickr.

Semlor, cardamom spiced buns filled with marzipan and cream then sprinkled with icing sugar, are eaten during Easter. They’re also known as tisdagsbullar (Tuesday buns) due to being eaten every Tuesday from shrove Tuesday through to Easter. Credit: Andreas Ivarsson, Flickr.

People typically fika twice a day. If you’re elderly or retired, it’s common to have a morning fika at around 7am and then an elva kaffe (eleven coffee), similar to elevenses, loosely at 11am. Working people, on the other hand, tend to have the morning fika and then an eftermiddag fika (afternoon fika) at around 3 or 4pm. Workplaces all around Sweden ensure no one misses out on the necessary coffee break.

Of course, fika time isn’t restricted to where home or the job is. You can go out and meet friends, colleagues, or a date at a cafe or traditional konditori. These days, fika can take place anywhere and anytime a coffee break plus snack is needed. During summertime, it’s popular to fika outdoors, whether on the balcony, terrace or backyard. You can even fika on your own.

Coffee has come a long way since it first started being prepared in Sweden. Originally it was, quite literally, cooked coffee: coarse coffee grounds were boiled in a kettle. This style of coffee was typically served black with milk and sugar cubes on the side. What we now know is that, from a scientific perspective, coffee shouldn’t be boiled since this brings out the bitter-tasting flavour compounds. However, it still comes down to personal preference.

Boiled coffee remained the standard brew method until somewhere near the mid-20th Century, when Sweden was introduced to bryggkaffe (filter coffee) and the electric drip brewer, which proved to be an instant success. Most Swedish homes now have one and a black, strong filter brew has been by far the most popular coffee choice over the last few decades.

More recently, over the past 15 years or so, the espresso culture of southern Europe has taken off. This has coincided with the emergence of a specialty roaster and barista culture. The specialty coffee scene in Sweden is still quite small, yet it’s a strong movement with a supportive community. The Swedes excel at the newer pour-over style brew methods and brew bars are definitely a part of most specialty outlets. Espresso-based coffee beverages, particularly milk-based cappuccinos and lattes, are becoming increasingly popular at cafés.

Despite all the recent changes in coffee culture, one thing remains absolutely certain: there will always be a place for fika. While the recent focus is on coffee quality, Swedes still expect the entire fika ritual. It is so entrenched and steeped in tradition, it’s difficult to imagine it any other way.

Standard fika offer at traditional cafes or konditoris include a bottomless cup of drip filter coffee, kept warm, at no charge or a nominal charge such as 5 kronor. Sugar cubes and milk are available on the side.  Credit: sept., Flickr.

Have you ever experienced fika? Do you think the social ritual of coffee is important? Let us know in the comments or on facebook, Instagram, or Reddit.