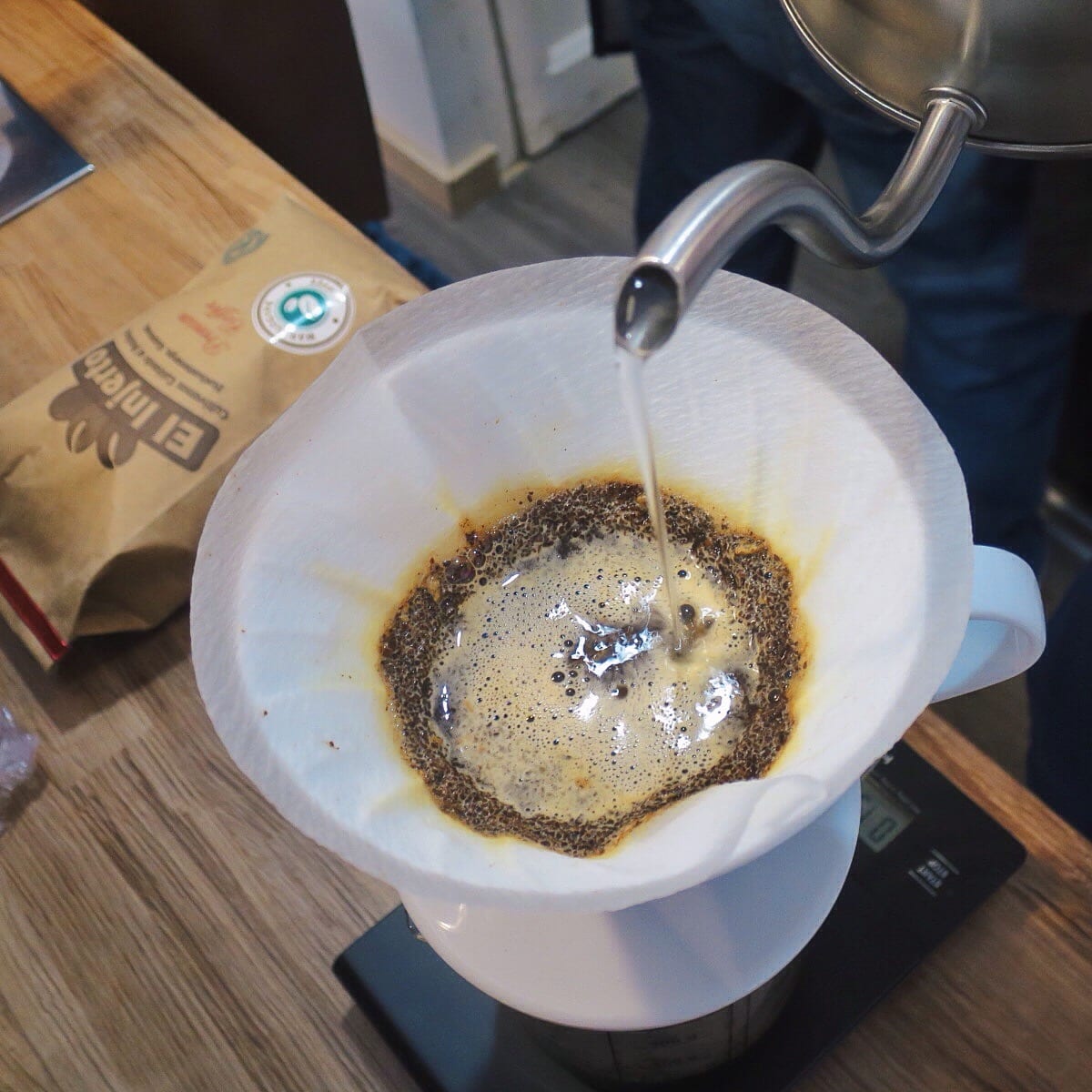 Some people dream of sipping Bordeaux while looking at the Eiffel Tower; I dreamt of watching Madrid’s Plaza Mayor, fresh roasted coffee in hand, from a bar’s terrace. I used to imagine the bustling plaza, the delicious coffee, the grand architecture, with a thrill of anticipation.

So when I first visited Spain, I rushed to the Plaza Mayor, eager to make my dream a reality. Sitting in a bar, I took my first sip of a Spanish coffee—an espresso, of course. And my dream crashed around me. I was left with a bitter taste in my mouth, figuratively and literally. The coffee had a burnt, bitter flavour with a lingering, acrid aftertaste.

At first, I assumed it was one bad café. Yet everywhere I went, the coffee tasted the same. I had to find out why. And after a little research, it turned out the culprit is torrefacto.

Plaza Mayor: one of Madrid’s most famous historic places.

Torrefacto is the practice of adding sugar at the final stage of the roasting process. It’s not a small amount of sugar, either—typically, it makes up 20% of the weight of the coffee. The late stages of roasting are typically the hottest and so, rather than adding sweetness, the sugar burns and coats the beans in a shiny, black film. This coating slows down oxidation, preserving the roasted coffee for longer.

Torrefacto beans produce a thick, dark crema and a bitter taste. Some people claim the process creates a sweeter aroma or even a sweeter coffee, but really, it’s just about preservation. Rather than enhancing the flavours, it masks them in a coating that’s likely to go rancid.

Despite the startlingly adverse effects it has on flavour, torrefacto is still common in countries such as Spain, France, Argentina, Portugal, Costa Rica, Bolivia, and some parts of Mexico. In Spain, supermarkets sell a 50/50 torrefacto and regular coffee beans mix. Hotels often serve it, too, at a 70/30 ratio of normal/torrefacto. You’ll get a slightly better cup, but it still tastes terrible.

Why Did It Become the Norm in Spain?

To understand torrefacto’s omnipresence, we need to go back to the Spanish Civil War. Spain suffered from a lack of basic goods and services—including coffee. Torrefacto seemed like the perfect solution: it would last longer, you could use fewer and lower-quality beans, and on top of that, the added sugar increased the roast’s volume without really increasing the cost. And as torrefacto became the standard, consumers came to expect its dark, oily appearance and flavour.

This makes sense in an atmosphere of post-war austerity or economic deprivation—adding chickpeas to Cuban coffee, anyone?—but commercial coffee companies are still using it to maintain profits at the expense of consumers today. We aren’t paying any less for a cup of coffee that has more in common with an ashtray than a single origin.

Some claim that the sugar that coats the beans doesn’t so much burn as caramelise, resulting in fewer carcinogens. But others disagree. I spoke with nutritionist Victoria Lozada who states that the torrefacto process actually produces significantly more carcinogens. She also said that torrefacto coffee drinkers tend to add refined sugar to the coffee to make it palatable. Regular consumption of refined sugar is potentially harmful. The conclusion? Torrefacto is doubly dangerous for your health.

Sugar with your sugar-coffee? No thanks!

Life’s Too Short for Bad Coffee — so Where Do You Get the Good Stuff?

Fortunately, for people who want good coffee, there are places in Spain selling it. The specialty coffee industry is flourishing and with it comes a culture of aficionados and excellent coffee shops. Do your taste buds a favour and head to these venues rather than down the dreaded road of torrefacto coffee.

Daniel is a contributor based in Spain

The Rise of Home Coffee Roasting
How Have Roasters Adapted During Covid-19?
How are coffee capsules manufactured and filled?
How is decaf coffee made?