Perfect Daily Grind > Consumer Trends > Nitro: Is It the Next Big Thing in Cold Brew? 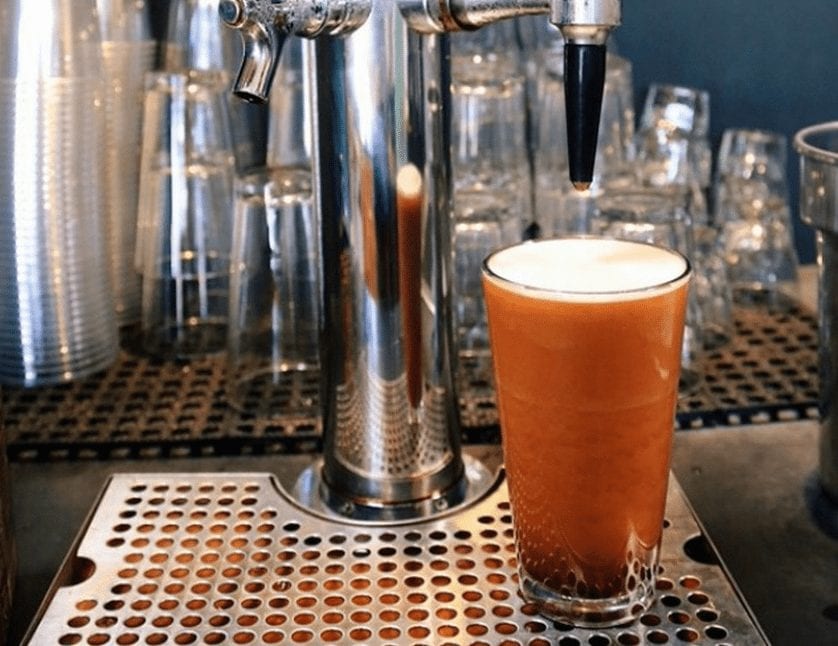 Before RTD (Ready-To-Drink) cold brew was around, a café’s only ability to sell a product outside of the café was to sell roasted beans and hope the home brewing methods of their customer was good enough to represent their work. With more and more venture capital (VC) and firms making investments in the specialty coffee world, the RTD cold brews aren’t going anywhere anytime soon.

Is Nitrogen the New Cold Brew?

The prevalence of nitrogen-infused coffee may not be just another offering of RTD cold brew coffee, but rather the next evolution of the entire packaged cold brew market. The injection of nitrogen calms the acidity and bitterness associated with the toddy-style cold brew coffee and allows for a fresher and more even taste across the palate without having to dress it up in a “frappucino fashion.”

For those unfamiliar with nitrogen, it’s the secret ingredient that gives Guinness its frothy head and the component that keeps that fresh coffee smell in your dad’s commodity coffee (think Folgers). Nitrogen has long been used by beer companies because of the smoothness it provides, creating a creamier mouthfeel that makes stronger flavors more palatable. Most of the time, the “nitro” we’re referring to is a cocktail of nitrogen and carbon-dioxide. The nitrogen is not as soluble in liquid, leading to that thick mouthfeel, which is then balanced by the easier-to-dissolve carbon dioxide.

Stumptown was one of the pioneers of the in-café nitro cold brews. Credit: Cold Brew Nation, Stumptown Coffee Roasters, Pinterest

Here are two of the other companies that were at Coffee Fest Chicago with beautiful versions of nitrogen-infused cold brew:

Dark Matter, a Midwestern coffee roastery with three locations across Chicago, offered amazing, single origin, nitrogen-infused coffees with barrel-aged beans. With the Guinness-like frothy head provided by the nitrogen matched with the barrel aged beans, this coffee literally tasted like a stout you’d find at your local gastropub. From the barrel-aged beans to the tap and kegerator system at their booth, the line between coffee shop and local bar is starting to blur.

The only packaged Nitro Cold Brew that doesn’t need the “widget” you find in a can of Guinness. Credit: Villa Myriam

Villa Myriam have designed a patented can that allows the coffee to hold nitrogen without having to use the widget that usually pops when you open a can of Guinness or Stumptown nitrogen. They claim this offers a fresher nitrogen-infused coffee taste and their small cans are perfect for on-the-go consumption.

What do you all think? Is nitrogen cold brew the next big thing in coffee, or is it just that summer fling that was never meant to last? Sound off in the comments!

David is a contributor based in the USA