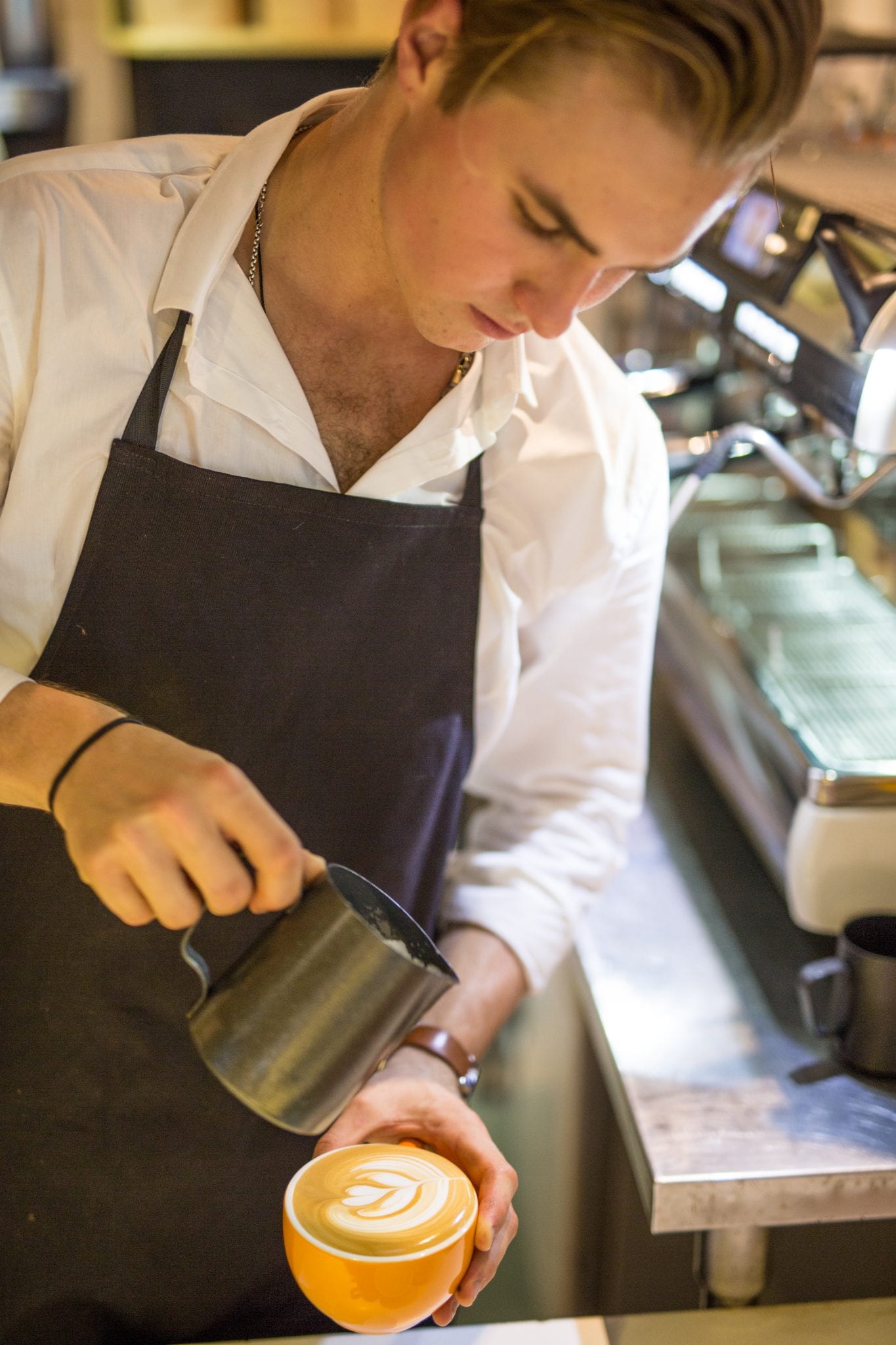 Coffee Beyond Trend is a new article series that will be exploring the social implications of the growing coffee culture and its trends,  history and evolution. Coffee is very much a trendy topic and always has been. We start the series off with our guest writer Gabriel’s quick opinion piece on his recent visit to the London Coffee Festival, as well as a short introduction to his background as a coffee roaster and the ethos behind his roasting ambitions.

SEE ALSO: To Be (A Barista) or Not To Be? That Is The Question

It all began with a small 2kg roaster in a tin shed located out the back of the café where my business partner and I were both working as baristas. Through persistence and dedication our craft was refined and our vision grew.  We now operate our own business in Tyalgum in Northern New South Wales, Australia.

Our business is called Double or Nothing – Coffee Alchymists. Our inspiration for our business ethos came from the alchemists – pioneers of early chemistry. Admiring their tireless dedication to knowledge pertaining to that of the physical and metaphysical, we strive for the continuation of this sacred tradition by transforming and transmuting the humble bean into the mighty brew.

Recently I was lucky enough to depart from the simplicity of our Australian East Coast lifestyle to experience the city hustle of the London Coffee Festival. With newcomers flocking to the revolutionised coffee scene, I could feel the youth of this third wave renaissance. It was a bustling hub of coffee talk, interspersed with demonstrations that helped our coffee consciousness grow. Featuring machines and equipment with aesthetic curves and glimmering gizmos, they made you feel like you were in a Lamborghini showroom. The space was alive, and the smell of coffee was dominating your senses!

Coffee isn’t just for the bearded

Coffee, in the past few years, has become stigmatised as an ‘on trend’ scene, with an influx of beards, slick back hair-dos and sleeve tattoos. This type of barista culture leaves a lasting impression on the minds of many. However, beyond all the hip culture that has arrived in the industry, I could sense a unity amongst everyone present at the London Coffee Festival. Everyone shared an immense passion for coffee. The room was animated and everyone was open to learning, discussing ideas and telling their stories. I was proud to be in this industry, and it reinforced the knowledge that everyone shares the same vision of continually evolving coffee into perfection.

The London Coffee Festival still shows the influence of its 16th-century origins. At this time, an influx of coffee houses spread in Europe. These ‘Penny Universities’ were home to intellectuals, debates and discussions—all shared through the medium of coffee. This environment, still just as relevant today, is essential for the evolution of coffee.

Bloom into a new possibility

Coffee’s beckoning to people is more than the hipster image it’s been associated with recently. Drinkers are in search of a shared something, a connection. As you enter these environments, you can escape for a moment and become absorbed with others into a world of honey processed Costa Rican beans, roasted by chanting monks…Okay, I made that last bit up, but who knows—it could be a new thing.

The end result, for those lucky enough, is a micro-filtered cup of liquid silk that fluctuates between aromas of candied hibiscus or a full body fusion of intense cocoa and caramelised brown sugar.

At the festival, the eclectic sound of music mixed with clattering dishes was in the background. My awareness of it began to dissipate as I became totally enthralled by the coffee. I didn’t really believe that could be possible until it happened to me. It was that moment when you can’t come to terms with what you’re drinking, transcending the confines of your brain’s protestation of ‘But it’s just a drink’. Some people might think I’m exaggerating, but I’m serious enough to fly to the other side of the world to continue learning.

In essence, trends and movements will come and go but an identity true to coffee’s core is priceless. At its heart, coffee remains etched in its origins as a medium for nourishing relationships and connecting with others—It’s just become more enticing since then. Exciting possibilities lie on the horizon as the industry speedily begins to explore every possibility that coffee has to offer. This brings into alignment the core elements that made coffee’s popularity so far-reaching and its growth so volumetric.

Gabriel is a contributor based in Costa Rica