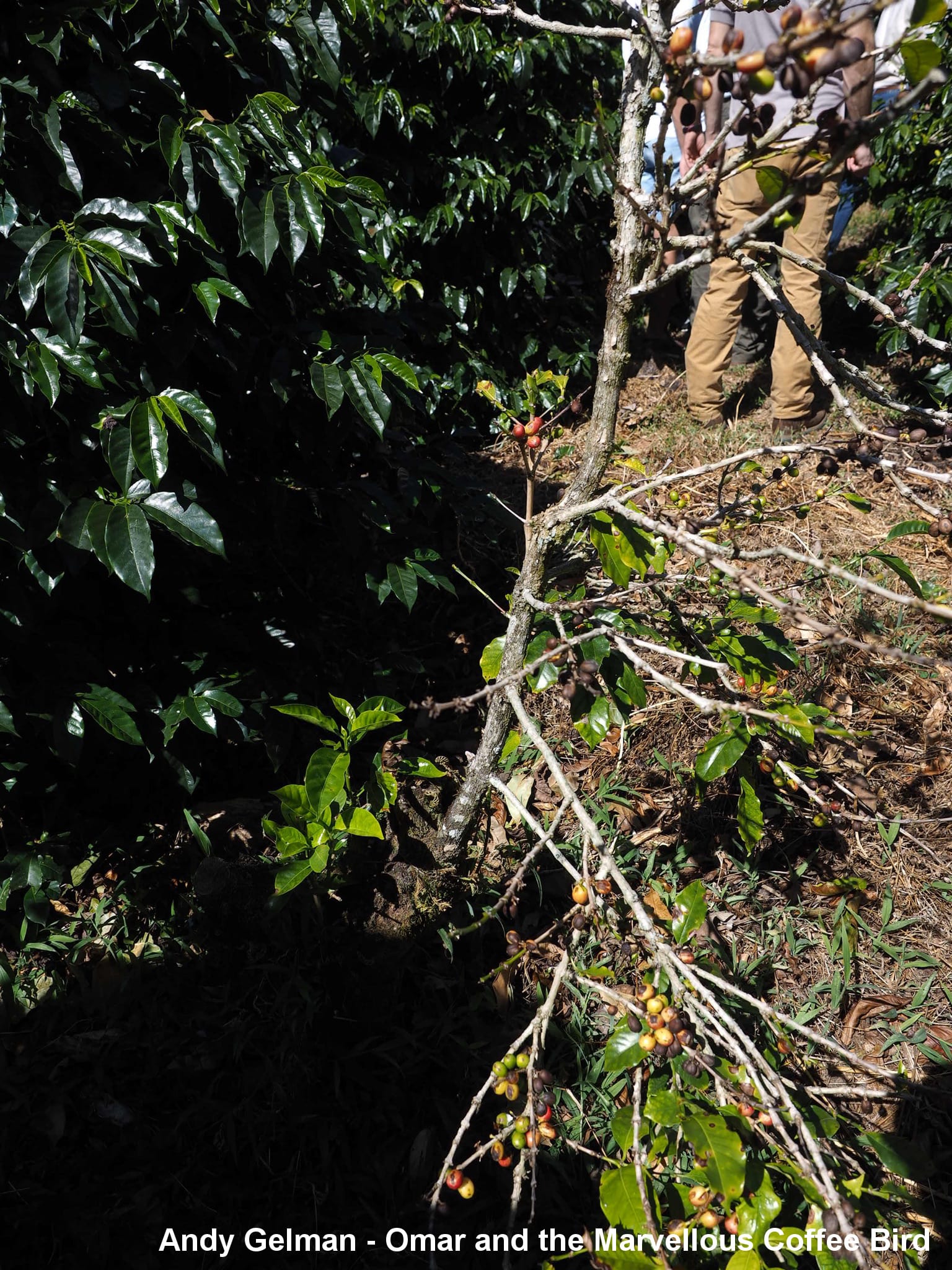 In many ways, La Roya is like the flu. When there is a flu outbreak, this usually affects a lot of people. Those who are healthy, take of themselves and have strong immune systems, are less likely to be effected. This is the same with coffee plants. In my experience, I’ve seen multiple plantations with different farmers that have different experiences with La Roya. Farmers who keep their plants in good condition may not show any signs of La Roya, even though their neighbours have their whole plantation wiped out. I think that this is a cultural problem; farmers need to take better care of their plants and in the worst case, end up selling their land – Frosty from Tretto Caffé, Antigua Guatemala.

The Science Behind It

The scientific name of coffee rust is Hemilieia vastatrix. It survives primarily in the living tissues of coffee leaves, which makes it difficult to “survive” season to season. But, because some leaves survive during the dry season, this means coffee rust has the potential to infect new leaves at the start of the new season.The rust tends to develop around the margins of the leaf – where dew and rain droplets are concentrated, on the upper side of the leaf.1

Early on in the season, these lesions start at the bottom leaves of the coffee plant and then slowly migrate further up. These lower leaves then drop prematurely and leave bare twigs. Once a spore lands on a leaf, it germinates on the leaf and enters the leaf through the pore-like openings called stomata.2 Coffee rust spores can only germinate with free water. That’s why the unique “breeding ground” for coffee rust is the wet season.

The whole process of infection needs about 24-48 hours of continuous free moisture. After infection, it takes about 10-14 days for the rust lesions to form and develop, and a further 2-3 weeks to enlarge. These are then ready to “spore” and further infect other plants. The spread is facilitated long distance bywind, and in short distances wind andrain-splash. Infection occurs over a wide range of temperatures, between 15 degrees Celsius and 28 degrees Celsius, with the optimum being 22degrees Celsius.3

Because of climate change, combined with changes in temperature and rainfall, this means that coffee rust is on the rise because of higher altitudes and increased moisture.4

This is what happens when La Roya goes untreated. Credit: Andy Gelman – Omar and the Coffee Bird

What Impact Has La Roya Had on the Ground?

We spoke to Frosty from Tretto Caffé, Antigua Guatemala about the impact La Roya has had on the ground. He said that there are two spectrums, farmers who are significantly impacted, to not at all. The best example he highlighted was when he saw one cooperative producing enough to fill 10 containers one year, but after La Roya only being able to fill one container the next.

This meant that some families with eight people would only have one tenth of the money to survive during the year. These families also have to then invest money in fighting the La Roya, or cut their trees and wait two years for their next formal harvest. In essence Frosty says that people are struggling, where the spectrum ranges from one family not being able to buy a fancy meal every day, to actually seeing your children dying from hunger because you can’t feed them for over a month. This happened to a whole family in Santa Rosa, a really poor rural area, where 400 people were impacted and only two could speak Spanish, with the rest speaking their Mayan language.

I spoke to a few correspondents who had insight on what’s being done on the ground level to combat La Roya. Through such discussions, there wasn’t a unique “one fits all approach” to combating La Roya. Andy Gelman, green bean buyer for Coffee Bird said that some trees are cut at knee height, and because the roots were okay, this meant that the cut plants would take 2-3 years to regrow again, opposed to re-planting a seed which would take 5-7 years to produce decent amounts of fruit. Also supporting such successes, Frosty notes that in doing this, farmers took better care of their plants. With Anny Ruth Pimental – Second generation farmer from Loma La Gloria Estate, El Salvador, recognising that this was “nature’s call to renew the plantation and improve the nutrition.”

Frosty did note that a lot of people actually had to sell their land, because they didn’t have enough money to recover. Farmers who did have the resources started planting alternative crops like corn and avocado. I touched base with Zach Latimore who recently visited Finca Maputo in Ecuador and chatted to farmer Henrry Gaibor. Latimore said that Gaibo implemented a strict timetable for treatments every 30, 60 and 90 days, and with each of these treatments there was a different product being used.  Gaibor told Latimore that “you can never really make Roya disappear, only learn to live with it.”

Everybody has lost so much with La Roya. Nevertheless, I rather focus on the positive. We have managed to control La Roya and got better results this year in production volume and in the cup. – Anny Ruth Pimental – Second Generation Farmer from Loma La Gloria, El Salvador

How Much Should We Pay For Green Coffee?
5 Things You Should Know About Brazilian Specialty Coffee
Coffee Producers, Here’s Why You Should Be Using Social Media
Why Trade Shows Are Great Opportunities for Coffee Education