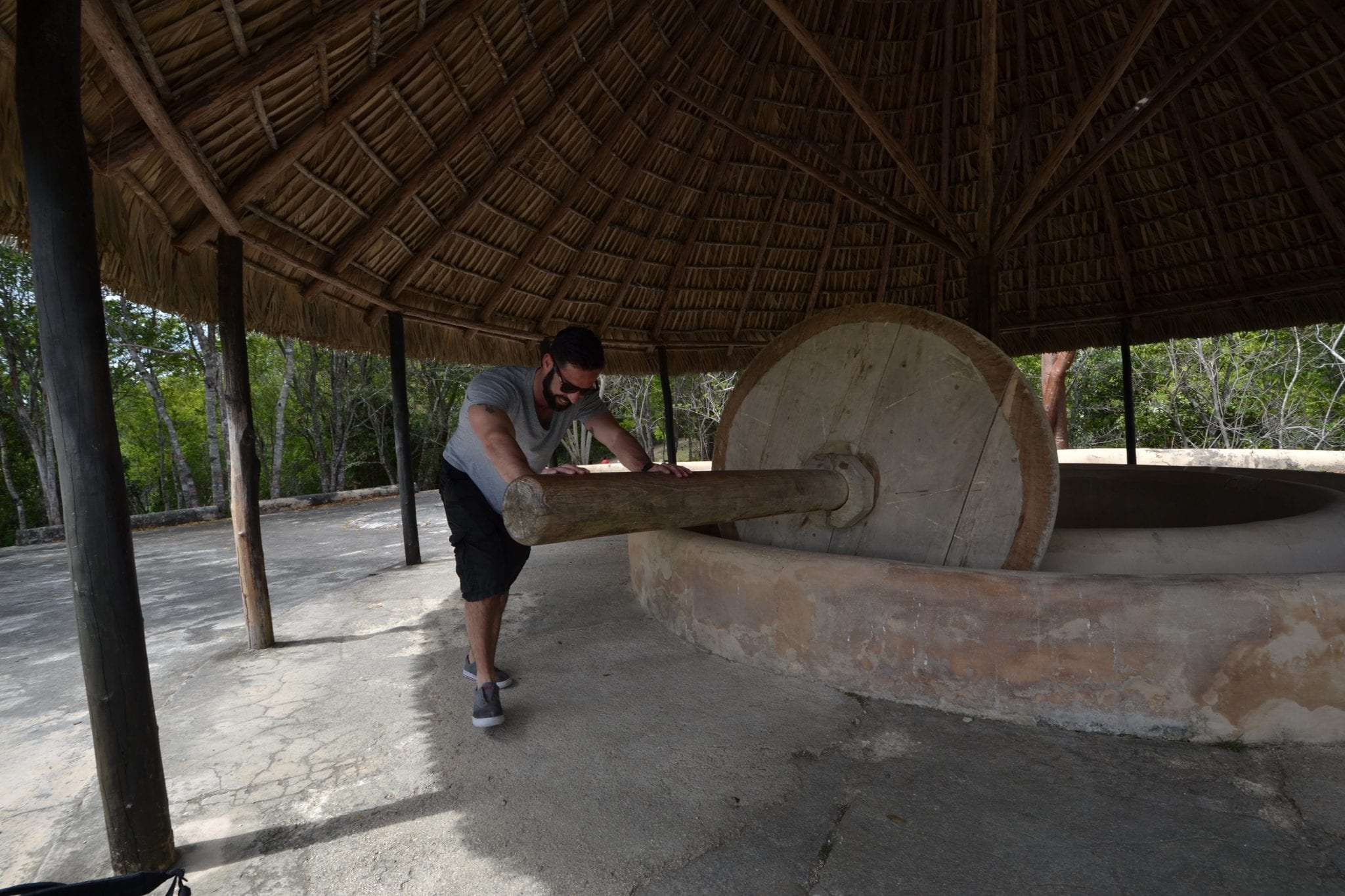 I arrived in Havana and got straight to business.  Normally when looking for new sources of coffee, I might go to the known coffee growing areas, and talk to locals about the best farms and visit them.

But, in a communist country, I wasn’t keen to arrive at a government owned plantation unannounced.  So I went to the Ministry of Agriculture to seek permission and proper direction.

I managed to secure a meeting with a representative of the government owned coffee export company. She explained to me that you need permission from the Cuban government in order to negotiate and/or buy any coffee.  I told her I’m currently not in the market, but was just researching what Cuban coffee has to offer.  She explained that the harvest begins in July/August, but peaks in October and November.  She had two washed Arabica coffees and no Robusta coffees.  The two she mentioned are Serrano Superior and Turquino.  Turquino is a peak in the central of the Sierra Maestra mountain range and is the highest elevation in Cuba at just over 6,400ft above sea level.  Serrano coffee is grown at altitudes of up to 3000ft also in the Sierra Maestra Mountain Range.  I was informed that Serrano coffee is difficult to come by as the Japanese import most of the supply and this was affirmed by all of the locals I spoke with, who mentioned that the Serrano is their favorite.  This contrasted what I had read online, where roasters had stated Turquino is the best.  I forgot that I needed permission to buy coffee, and asked to buy some green samples. She declined. I suggested we cup some coffee together at her office, to which she also said no. Even the Cuban government owned export company hold on to their coffee tightly because their production is way below what it used to be, causing coffee for locals to be rationed.

View of a café in Havana, Cuba

Following our conversation. I hired a driver to take me to Sierra del Rosario in the West. As it turns out, my driver was formerly a history teacher.  He switched his job to a cab driver to make more money.  He gave me a history lesson on how coffee was brought to Cuba.  He talked about how coffee plantations became much more popular after the Haitian Revolution.  From 1791 to 1804, the slaves in Haiti revolted, ultimately eliminating slavery there, and Haiti became an independent country.  Fearing for their lives, the French coffee plantation owners fled the country and many came to Cuba where they began farming coffee again.

Unripe coffee cherries at a farm in Cuba

He brought me to what was a full coffee farm 50 years ago.  It is now an ecological preserve, known as Las Terazas. The mountains there also provided a training ground for Che Guevera, as he trained the Cuban revolutionaries.  I got a tour of this coffee plantation and met the woman Maria and her son, Anselmo whose family used to own it, but now is only allowed to live on it.   We were only at about 250m above sea level, so I knew that the coffee was not going to be what I was looking for.  I arrived out of season, but was able to find one tree with some coffee red cherries on it.  The coffee trees were all in a shade grown environment.  The son explained how the coffee is picked by hand, and typically they will dry it on their rooftops as well as some small drying patios. The coffee was called “Bom Bom”, and when I got to sample it, it was already roasted and ground to a fine espresso consistency.  The aroma was of Robusta type coffee, definitely not what I was in search of.  The taste profile provided me with a bitter chocolate type taste.

Coffee beans from a coffee plantation in Cuba

As we left, I voiced my disappointment in the quality of coffee.  My driver mentioned to me of a café in Havana, which is known for exceptional coffees.  I withheld any excitement, because the restaurants I dined at all had mediocre coffee, and you couldn’t be sure if the coffee was imported in to help supplement the lack of available coffee for domestic consumption.

We arrived at Local Square, and I could smell coffee being roasted a block away. We arrived at Café Escorial and there was a line of people 20 deep.  I walked in, to see a small batch roaster, and as I was walking in, the head roaster was opening the roaster releasing a fresh batch of a city-roast level coffee into the cooling tray.  I was like a kid in a candy store, so excited. But the Russian tour group in front of me bought the last bag of coffee!  The cashier apologized and said they were done roasting for the day, and they were unable to sell me any green coffee. They limit what they roast, because of the coffee rationing.  To make matters worse, their espresso machine was broken, so I couldn’t even have a shot of coffee!  I was not deterred, I approached one of the tourists, explained that I was leaving the next day and had been looking for this coffee.  I paid him twice what he paid, and I finally had ½ lb. of coffee beans, still hot in the Kraft brown bag from the roaster.

How Did the Cuban Serrano Coffee Cup?

I flew out at 5am the next day and arrived in Newark, NJ bubbling with excitement. As I was going through customs, it occurred to me that they could confiscate my precious 1/2lb of Cuban Serrano Coffee.  So close to the finish line of this trip, with weeks of research and money spent, and I could still have my bag of coffee taken from me! Finally they welcomed me home, and I got through customs without a hitch.

Safely at home, I went straight to the office to put these beans to the test. I got to my office, ground out three samples of coffee, and carefully brewed a V60 for my father, my general manager Matt, and myself.  This was truly a historic moment in the US Coffee Industry. I was one of, if not the first person, to be drinking a true Cuban Grown Coffee on US soil in over 50 years! I slowly sipped my coffee, letting the flavors wash over my tongue and was not disappointed. I tasted banana type notes, with a smooth full-bodied nuttiness – a profile I have not come across in my 11 years of coffee.

All of this is premature since we still can’t buy their coffee, but now several weeks later, I feel as though my trip is still incomplete. I need to return to Cuba during the harvests season and go to Sierra Del Escambray or Sierra Maestra and witness how the Cuban Coffee plantations process their coffees.  Hopefully one day, our governments will move forward together and we can all sit down at a table here in the US as friends and share a cup of Cuban Coffee.

My family started the greatest business over 110 years ago… all we do is talk to great people and drink great coffee everyday.